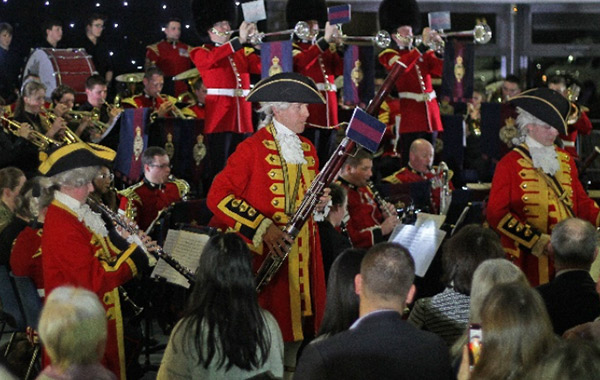 2019 has been another busy and successful year at Trent College. The start of a new year provides an opportunity for the school community to reflect and look back on some of the memorable events and successes that have taken place over the last twelve months.

Band of the Grenadier Guards Visit

The standout event of 2019 was a visit from the oldest band in the British Army, the famous Band of the Grenadier Guards. Trent is proud of its longstanding military connections, with a history of educating children from forces families and notable alumni such as WWI flying ace pilot Albert Ball. The Band delivered an outstanding concert to the wider school community and several Trent musicians had the once in a lifetime experience of performing alongside them. The Band’s drum major and drill sergeant also put the school CCF’s corps of drums through their paces with a drill session on the Terrace. 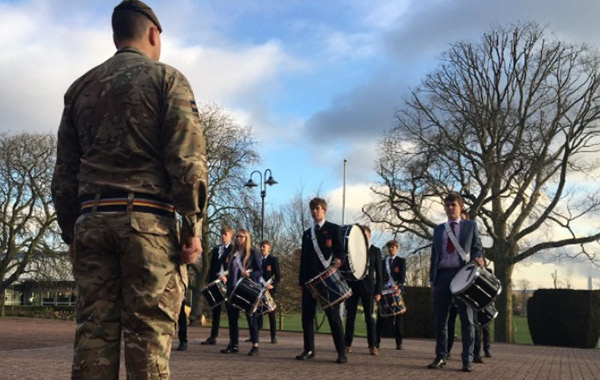 Trent College believes passionately in the value of learning experiences outside the classroom and a thriving CCF programme is a fundamental contributor. All Year 10 pupils participate in the programme with a number of cadets continuing their CCF journey into Year 11 and Sixth Form.

This year senior RAF cadets in Years 11, 12 and 13 had the opportunity to take control of an aircraft and explore the Lincolnshire skies, whilst every cadet from Year 10 to 13 benefited from field training exercises across the Midlands.

In November, RAF cadets competed in the regional heats of the Royal Air Squadron Trophy, the first time in a number of years that Trent has participated in this prestigious military skills competition. The cadets earned a respectable 12th place finish, a proud achievement considering the fierce competition from the 50 schools that took part.

Maintaining first-class facilities across Trent College’s 45-acre campus is a top priority for the school and Trent’s boarding community continues to prosper through ongoing investment. Sleeping areas in the boys’ boarding houses have been upgraded with new lighting and flooring, re-decoration and furniture in every bedroom, and the girls’ boarding houses will be receiving the same treatment very soon.

The major development project this year was the refurbishment of the Wortley Sixth Form Centre, which underwent a dramatic transformation during the summer holidays. With all new work and social spaces, fully equipped resources centre and café, the contemporary look and feel have been well received by current students and parents.

Ongoing refurbishment of academic areas has seen new life brought to English classrooms, Business Studies and Economics classrooms and LAMDA teaching spaces. The school’s extensive sporting facilities have also been enhanced with the addition of a brand new performance-level AstroTurf pitch and new theatre-style tiered seating has been installed in the May Hall to maximise the potential of this key performance facility on campus. 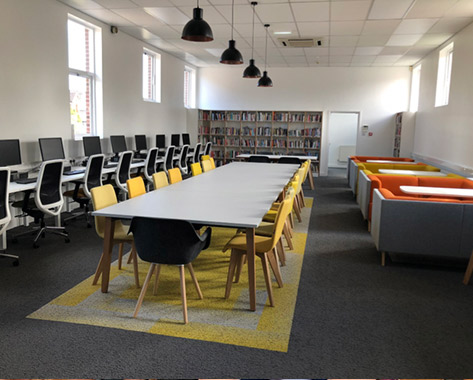 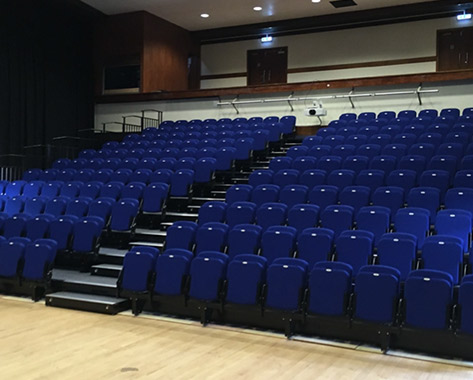 It has been another successful year of examination results for Year 11 and Year 13 pupils. At GCSE, 45% of entries were graded at grade 7 or above (A or A*) and 25% at grade 8 or above (A*). The school achieved an impressive 98% pass rate at A Level with 28% of all entries gaining the top A* or A grades.

Trent College was proud to receive an ‘above average’ rating for pupil progress between GCSE and A Level from the Department for Education, an achievement shared by only 17% of schools nationally that reflects the school’s commitment to helping pupils go further in their education and achieve their best academically.

A variety of sport achievements in 2019 has strengthened the school’s reputation for sporting excellence. The U18 girls’ hockey team made school history when they became the first ever Trent team to win the Girls’ U18 Schools Super 6s Championship and be crowned National Indoor Hockey Champions. Trent was named one of the ‘Top 100 Senior Schools for Cricketing’ in The Cricketer magazine and the U15 cricket team became National Finalists in both T20 and T40. To conclude the year, the U13 tennis team also became National Finalists at the Team Tennis Finals.

Trent thespians have had an eventful year organising and performing in two school productions. The Drama Scholars’ show Sparkleshark was a hit in December and its inspirational anti-bullying message resulted in an encore performance to pupils in Years 7 and 8. Earlier in the year, the cast and crew of the whole school musical My Fair Lady delighted audiences with an outstanding rendition of the theatrical classic.

In the Music department, a series of drive-time concerts throughout the year have given Trent musicians the opportunity to share their growing talents with their fellow pupils and the wider school community. The May Day Cabaret was a sell-out event with music spanning a variety of genres, the Spring Concert was a chance for pupils to perform at distinguished Nottingham venue The Albert Hall and the St Cecilia’s Day Concert saw pupils deliver a diverse programme, from David Bowie and Queen pieces to Schubert.

Expeditions and tours have taken Trent pupils across the world and provided new learning experiences in the process. Over summer, a group of fifteen pupils and three teachers visited Trent’s partner school in Kenya where they led activities and lessons for the benefit of local children. A Languages tour to Spain was an opportunity for pupils studying Spanish to strengthen their speaking skills and explore the culture behind the language, while pupils who travelled to Montgenevre on the Junior Ski Trip enjoyed discovering a new skill in beautiful surroundings. Meanwhile, the Sports department took tennis players to Portugal for a camp and led a Dubai Cricketing tour for Years 8, 9 and 10. 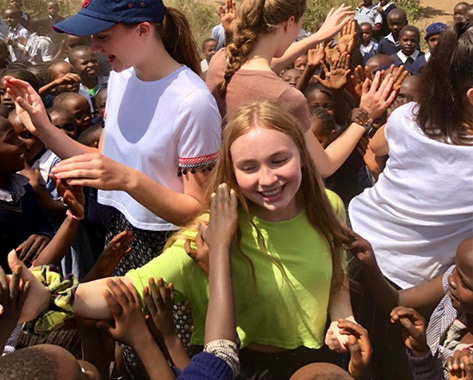 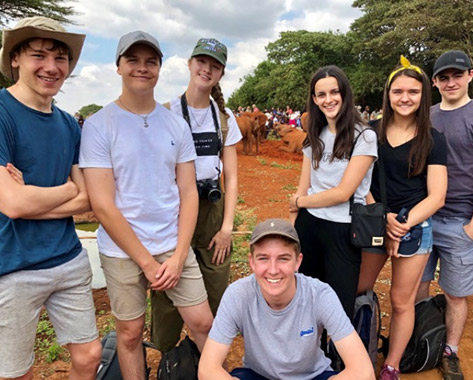