Taunton School Netballers through to Nationals 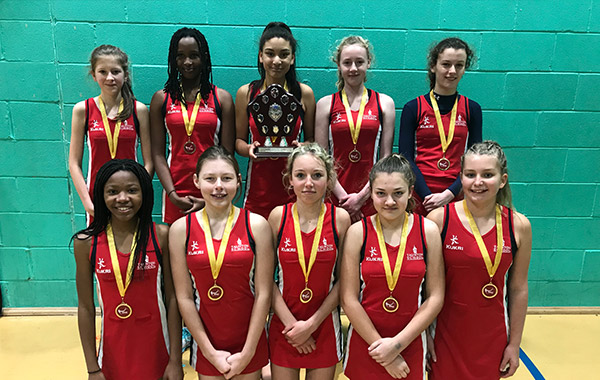 The Taunton School Under 14 Netball team have been crowned Champions at the Regional Finals earning a place in the National Schools Netball Finals in March.

Taunton School were the only school in the South West region who were represented in each age group at the recent Regional Schools Netball Finals in Bournemouth. The U19 team had a successful tournament claiming the Bronze medal after a very close competition.

The U14 topped their age group and now progress to the National Finals as one of only 18 teams in the country over nine regions. They hope to continue their winning streak after being crowned County Champions in October and now Regional Champions.

Lisa Manley, Head of Netball at Taunton School said “I’m proud of all of our students for giving it their all in this tough competition. The U19 team were unlucky this time, but they are a young side and will get another chance next year. The U14 squad played phenomenally well and are looking very strong for the Nationals.”