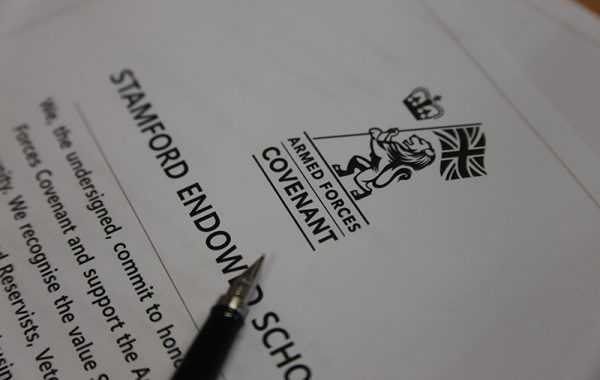 The Stamford Endowed Schools have formally pledged their commitment to supporting current and former members of the Armed Forces.

Principal, Will Phelan, has signed the Armed Forces Covenant, which demonstrates the Schools’ commitment to fair treatment for those who serve, or have served, in the Armed Forces.

The Covenant supports serving personnel, service leavers, veterans, and their families, and ensures that they are treated with fairness and respect in the communities, economy, and society that they serve. 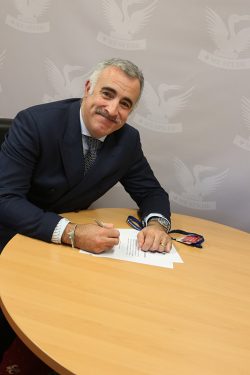 The signing of the Covenant marks recognition of the longstanding relationship between the Stamford Schools and the Armed Forces. Forces families make up a third of the boarding community at Stamford, with Forces parents serving across the UK and internationally, including a large number from nearby RAF bases Wittering, Waddington, Molesworth and Alconbury

The Schools’ Combined Cadet Force (CCF) started in 1916 and is one of the largest voluntary contingents in the UK, with almost 250 students from Years 10 to 13 enrolled across Royal Navy, Army and Royal Air Force sections. Students meet weekly to engage in a range of challenging educational activities aimed to develop their personal responsibility, leadership, and self-discipline. Stamford’s CCF has a symbiotic relationship with the local town, offering a strong representational presence at events such as the annual Remembrance Parade.

Principal, Mr Will Phelan, said: “I am delighted to have signed the Armed Forces Covenant on behalf of the Stamford Endowed Schools. We have always been wholly committed to supporting the Armed Forces in every way that we can, and the Covenant is a fitting way to demonstrate that commitment. We are very proud of our longstanding relationship with the Armed Forces, and all of us benefit from the contribution that Armed Forces bases and families make to our local community.”

For more information regarding forces boarding at the Stamford Endowed Schools, visit stamfordschools.org.uk.