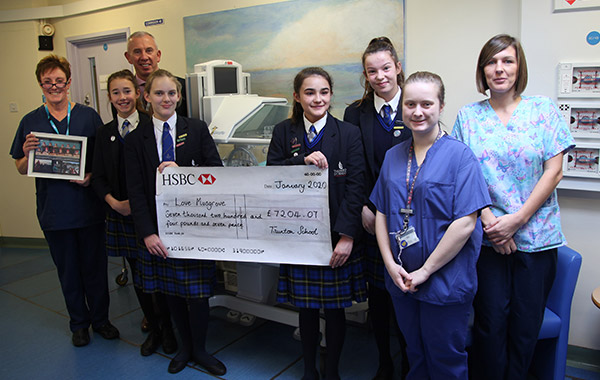 Students from Taunton School who swam the English Channel for charity have donated over £7200 to the Neonatal Unit at Musgrove Park Hospital in Taunton.

In the autumn of 2019, twelve school girls and boys from Taunton Preparatory School in Somerset became the youngest relay teams ever to swim the English Channel at just 12-years-old. They managed the 22-mile feat in just 12 hours 38 minutes. Many of those who took part were born at the maternity unit in Musgrove, so chose to raise money for a charity that meant a great deal to them. A small group were invited to visit the neonatal unit to see exactly where their hard-earned charity funds would be making a difference. Susan Fulker, Neonatal Unit Manager, showed the students around and explained how babies were cared for and what the equipment did. 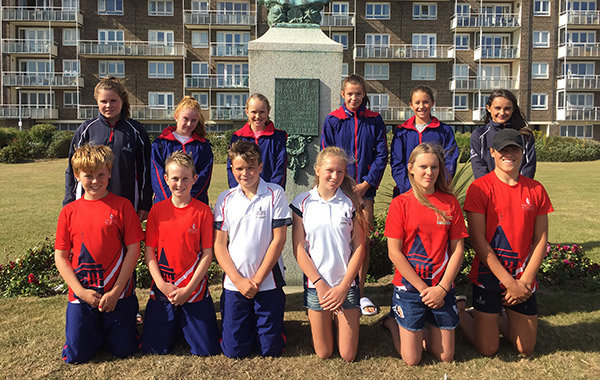 Dan Varley, Community Fundraiser for Love Musgrove said: “To swim the Channel at 12-years-old is incredible. We are so grateful for the generous donation from the Taunton School swimmers. They have managed to raise nearly half the required amount for a “Giraffe” incubator which is invaluable at a crucial time in a new baby’s life.”

State-of-the-art incubator units cost approximately £16,000. They are designed in a way that complex care and treatment can be given to vulnerable babies much more easily than traditional units. They also enhance the experience for parents by allowing closer contact with their newborns.

Mr Varley added: “The Mayor of Taunton is also kindly raising funds for the department at the moment, so together with the donation from the Taunton School channel swimmers, we are well on our way to getting one of these fantastic pieces of equipment.”

The 12-year-olds were supported on their epic swim by Taunton School’s Long Distance Swim Coach Hamish McCarthy. He said: “For our young swimmers to undertake this challenge, most of it at night, is just extraordinary, a great feat of courage and resilience. We understand our students are the youngest teams to have undertaken a channel relay swim since the rules changed some 20 years ago. They should be very proud to have raised so much for an extremely worthy cause.”