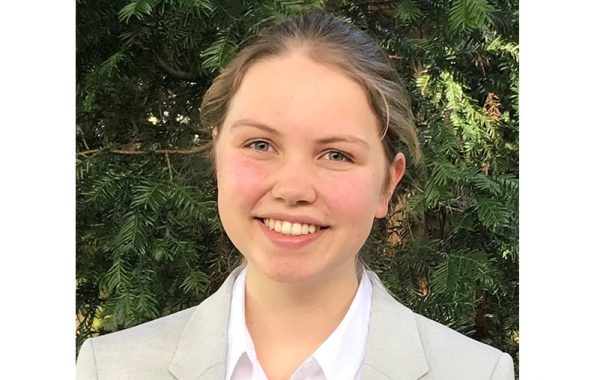 A KING’S Ely pupil has been selected to represent the UK in an international mathematics competition for girls.

Eleanor MacGillivray, who is in Year 12 at King’s Ely Senior, is no stranger to academic success, particularly when it comes to mathematics and other STEM subjects. But the hard-working Sixth Former has just secured her biggest achievement in a UK Mathematics Trust (UKMT) competition yet – being one of only four students chosen to form the UK team for the European Girls’ Mathematical Olympiad (EGMO).

The UKMT organises national mathematics competitions and out of the 200,000 pupils who compete from across Britain, 1,000 qualify for round one. Of these students, 100 are then invited to take part in round two – the British Mathematical Olympiad. This is a 3.5-hour competition consisting of four highly challenging problems requiring full written solutions. Eleanor was one of the 100 students invited to take on this competition, which she did in January, achieving a Distinction and placing in the top 25 per cent of entrants.

As a result of her Distinction, Eleanor, who is from the Bury St Edmunds area, will take on the EGMO competition during the Easter holidays in April. The challenge was due to be held in Georgia, but due to Covid-19 will instead take place online. The contest is similar in style to the International Mathematical Olympiad, with two papers taken on consecutive days.

Audrienne Bezzina, Head of Maths at King’s Ely Senior, said: “This is the first time that a King’s Ely student has achieved this level in a UKMT competition, and we are all very proud of Eleanor. Her resilience and determination are key factors in this latest success. Well done Eleanor – we all wish you the best of luck!”