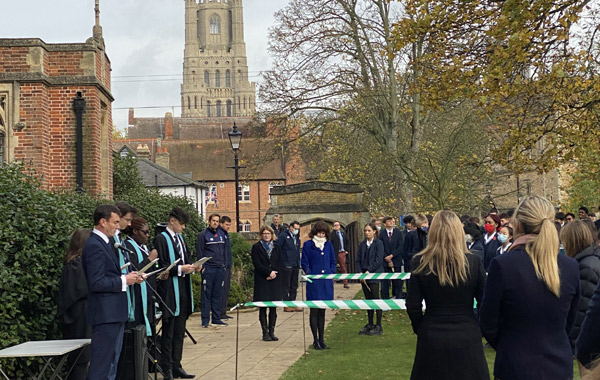 Instead of hundreds of people gathering inside Ely Cathedral for the school’s usual Act of Remembrance, King’s Ely marked the occasion with five simultaneous, separate, appropriately distanced outdoor services at different locations around the school campus. Earlier, King’s Ely Junior pupils and staff made full use of the cathedral’s space and role as the school’s chapel to hold a simultaneous service in the Nave and Lady Chapel.

Although disappointed not to be able to welcome parents, family members, former pupils (Old Eleans) or friends of the school because of the current circumstances, students and staff from the youngest, King’s Ely Acremont, through to King’s Ely Sixth Form were still very much able to participate in the countrywide act of remembrance.

During the brief services, the names of Old Eleans and former choristers who died in twentieth century conflicts were read out and wreaths were laid at the school’s war memorial before the Last Post sounded and two minutes’ silence were observed across the whole campus.

John Attwater, Principal of King’s Ely, said: “Although very different this year, these Acts of Remembrance were perhaps especially poignant. Hearing the Last Post played by our student buglers coming over the breeze from the various parts of the campus gave an extraordinary sense of community acting as one, but in different places and across the generations. For our children, this time of national effort perhaps gives a greater appreciation of those earlier times of effort and sacrifice we remember this week.” 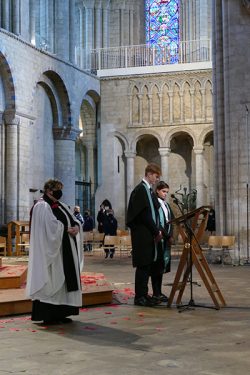 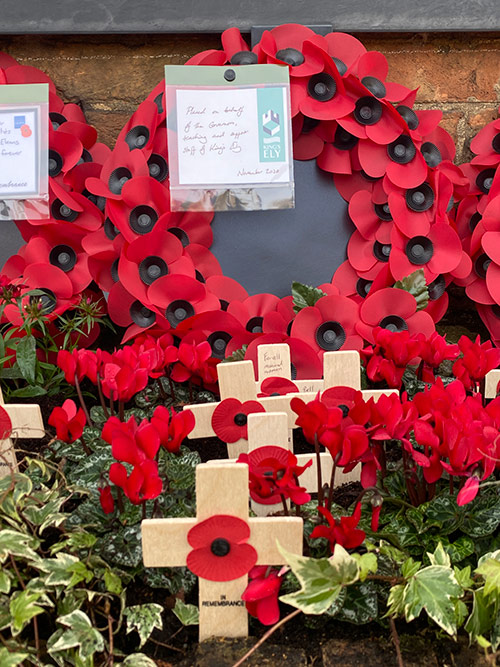 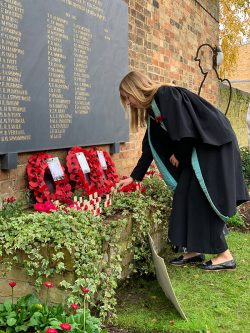