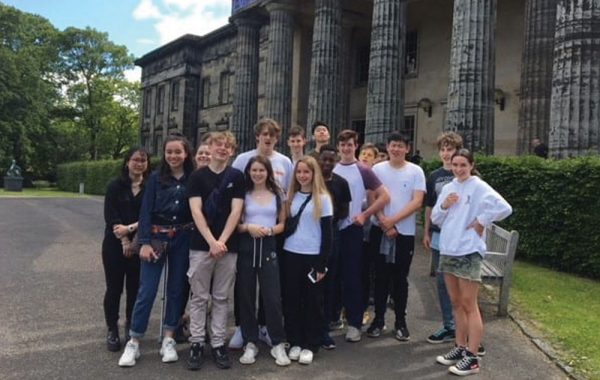 The fifth-form post-GCSE programme ran at Fettes College in June. It included talks and activities on the theme of ‘leadership and looking ahead’. The Head gave a talk on leadership followed by a Q&A session. A workshop was delivered by the RAP Project (an organisation which raises awareness about personal safety), a local community police officer gave a talk on fake ID, pupils were introduced to the Supertroop Holiday Camp and the Place2be scheme and there were talks on applying to North American and Canadian universities. Pupils also took part in a number of external activities including:

However, the main focus of the programme was the Youth Philanthropy Initiative, a national programme backed by The Wood Group. Groups of pupils each chose a local charity to support. They visited their charity and delivered presentations to a panel of Fettes’ judges until the finalists were chosen. After much deliberation by the judges it was decided this year’s £3,000 donation should be awarded to Hearts & Minds (Clowndoctors).