Dauntsey’s production is a hit 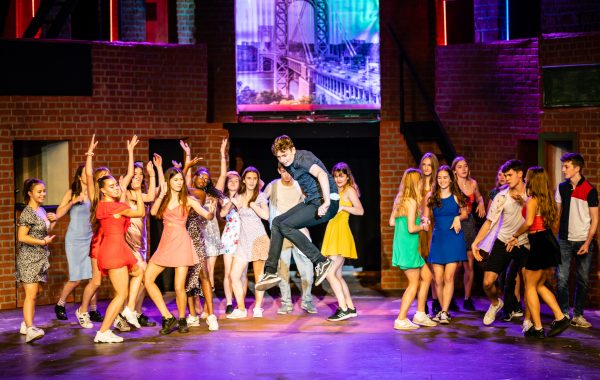 A cast of 160 pupils, supported by more than 30 technical crew and band members, have delighted sell-out audiences with a challenging, energetic and exciting production of In the Heights.

From the writer of Hamilton and Disney’s Moana, Lin-Manuel Miranda’s musical tells the story of a vibrant community in New York’s Washington Heights neighbourhood.

Photograph shows: Pupils from Dauntsey’s performing In the Heights to sell-out audiences

The show received standing ovations from audiences totalling some 3,000 who watched performances over the five-night run. The cast was made up of pupils from years 7 to 13 and, for some, it was their stage debut.

As always, the School’s hi-tech sound and light system brought the musical to life in spectacular fashion, and the band performed the extraordinarily challenging score with great skill, energy and enthusiasm. 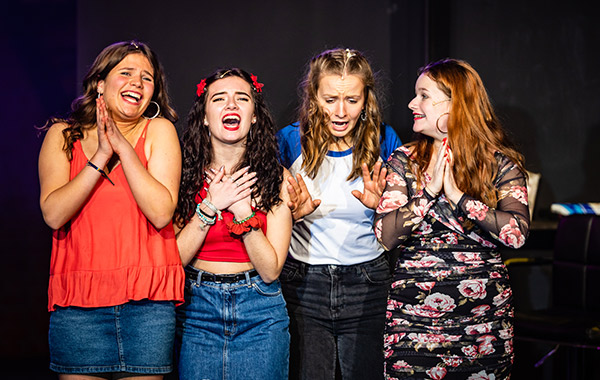 “In The Heights is a show about community. The fast-paced rap, sharp dialogue and belting songs fused with Latin rhythms and culture make for a show that lives long in the memory.

“Our young cast, dancers, musicians, stage team and technical crew have worked intensely for 10 short weeks to make this a simply extraordinary experience for audiences and pupils.

“Dauntsey’s has once again raised the bar for what is possible for school productions. Taking on this hugely complex show was a mountain to climb and the young people and staff truly scaled the peak. Our show was as close as possible to the West End production.

“It was a truly special show and an unforgettable experience.”

“Mind-blowingly good by an enormous cast and orchestra!  Such a depth of singing, acting & dancing talent. Spontaneous and fully deserved standing ovation.”

“If In The Heights is a contemporary call for community, the cast, band, crew, and production team showed just how Dauntsey’s is every bit one quite brilliant community!”

The December production has become a musical tradition for Dauntsey’s and In the Heights follows spellbinding shows including Our House, Les Misérables, Mamma Mia and Billy Elliot.