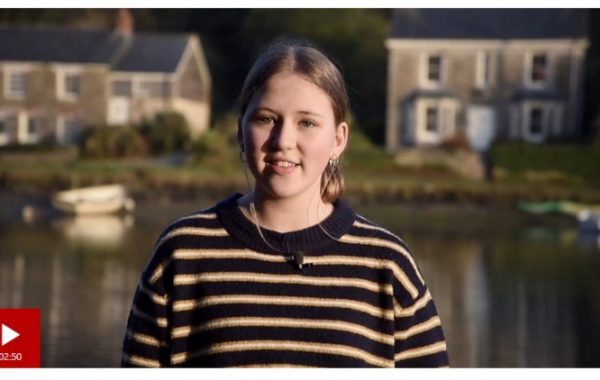 Huge congratulations to Year 10 pupil Wilamena Dyer one of two regional winners in the South and West of England regions in this year’s BBC Young Reporter Competition for her report on How music helps cope with Tourette’s Syndrome.

Wilamena’s inspiring 3-minute film is about how playing a musical instrument can lessen or even prevent Tourette’s tics. As part of the film she interviewed her cello teacher, Penny Driver at Wells as well as several other musicians with Tourette’s syndrome who have had the same experience that she has had. The film aims to show that Tourette’s syndrome is much more complex than the media portrays.

More than 2,500 young people aged 11-18 submitted original and interesting story ideas to the competition, which is in its third year. It gives young people the chance to make their own story with BBC programme teams, producers and reporters.

With three categories to choose from – Me and My World, Coronavirus Stories and Uplifting Stories – young people from across the UK shared the issues and untold stories relevant to them and their lives.

Following a tough round of shortlisting and judging, 30 winners from across the UK were chosen to produce their reports with the help of some of the BBC’s programme-makers and producers.

Wilamena’s report was shortlisted from over a thousand entries across the South and West, with entries from Gloucestershire to the Isles of Scilly to Brighton to Reading.